Back in 2013, during the first year that I was living in Poland, I was really curious to know everything about the new city I was planning to live in. I started visiting cultural and historical places in the city such as: Nowy Swiat, Old Town or Lazienki Park. But there was one place in particular that might be still one of my favorites: The Warsaw Uprising Museum. 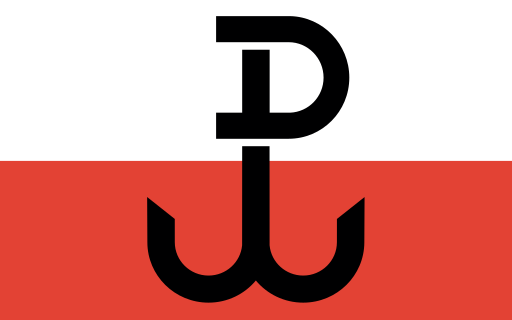 To be honest I’m not really a fan of visiting museums, but this one really impressed me mainly because this is the place where you can learn and understand the essence and soul of Warsaw.

Inside of the museum there is a complete explanation of how, why, when and where the Uprising of the Polish capital took place. This museum is essentially a tribute of Warsaw’s residents, to those heroes who defended and died for an independent Poland and its free Warsaw from the Nazis.

While I was walking inside the museum, an inscription of a W Hour caught my attention. After I read it I was thinking: “It sounds amazing, I would like to see it live”.

I left the museum and I went back home, but I couldn’t stop thinking in that W hour. As soon as I arrived home I googled videos about it, and I encountered one called ‘There is one city’. After I watched it, I had mixed feelings of sadness and excitement. I couldn’t believe that all the people in one city of the world could do such a magnificent memorial to all those people that died during the Uprising.

Honestly speaking, I thought that maybe it was just a promo video for the city, so I really had to live this Commemoration Day.

My First Experience during the “W” Hour

I still remember like if it was yesterday, I was working really close to the city center and on the 1st of August of 2013, at exactly 5pm, an alarm started to sound in the whole city! At first I had no idea what was happening, I thought maybe it was a fire alarm or something worse… I started looking around my office and I saw that all the people were standing up. I looked out of the window and I saw how the cars and people started to stop too, immediately I thought: “It’s happening…”. 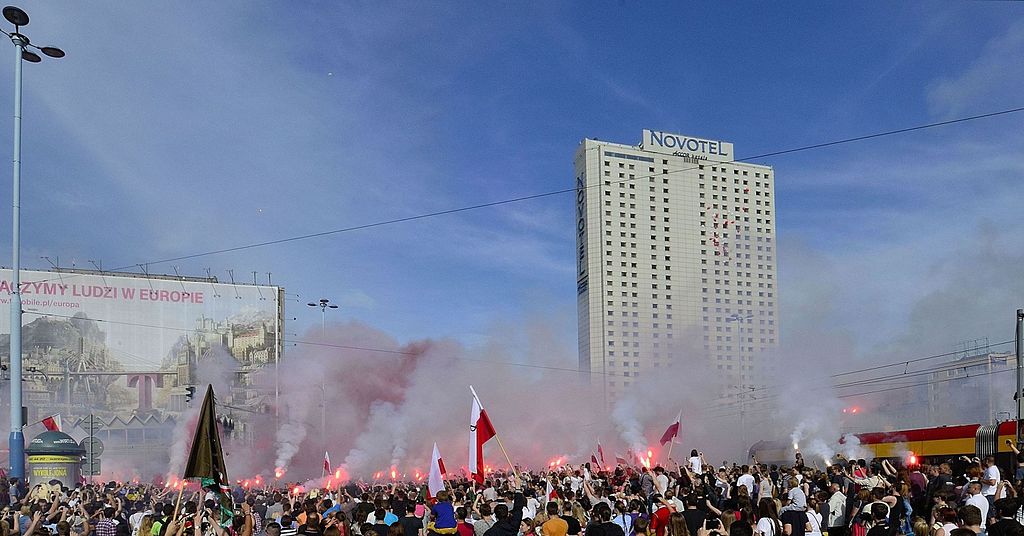 What the “W” Hour is

On August 1, 1944, at 5:00 pm (the “W” Hour) The Warsaw Uprising started. Hundreds of people went out to the street to fight against the Nazis. The Uprising began in the capital with simultaneous coordinated attacks, and the idea was that this movement would last a few days until Soviet forces arrived and they could help Poland. However, this didn’t happened, and the Polish people had to fight almost without any outside assistance.

Many of those coordinated attacks lasted just few days, and the Uprising started moving to the west districts of Warsaw. Some areas fought for around 60 days.

A lot of Polish people, including kids and women, died in this uprising while trying to defend their country. The losses on the Polish side were approximately: 18,000 soldiers dead, 25,000 wounded and over 250,000 civilians killed. On the German side the number of victims were: 17,000 soldiers killed and 9,000 wounded.

On October 2nd, sixty three days after the Warsaw Uprising started, the General Tadeusz Bór-Komorowski signed the capitulation of remaining Polish forces in Warsaw. This capitulation treaty stated that the Polish soldiers were to be treated in accordance with the Geneva Convention, and the rest of the civilian population was to be treated humanely.

The Warsaw Uprising is still considered by the Polish people as the greatest and biggest rebellion against the Nazis.

How Warsaw Remembers Those Heroes Nowadays

Every year in Warsaw, on the 1st of August, at exactly 5pm an amazing moment happens in this city.

Warsaw is ready to remember those heroes that gave their life for Poland, and an alarm interrupts the activities in the city, and all the people in Warsaw (but really, ALL the people) stop for 1 minute. 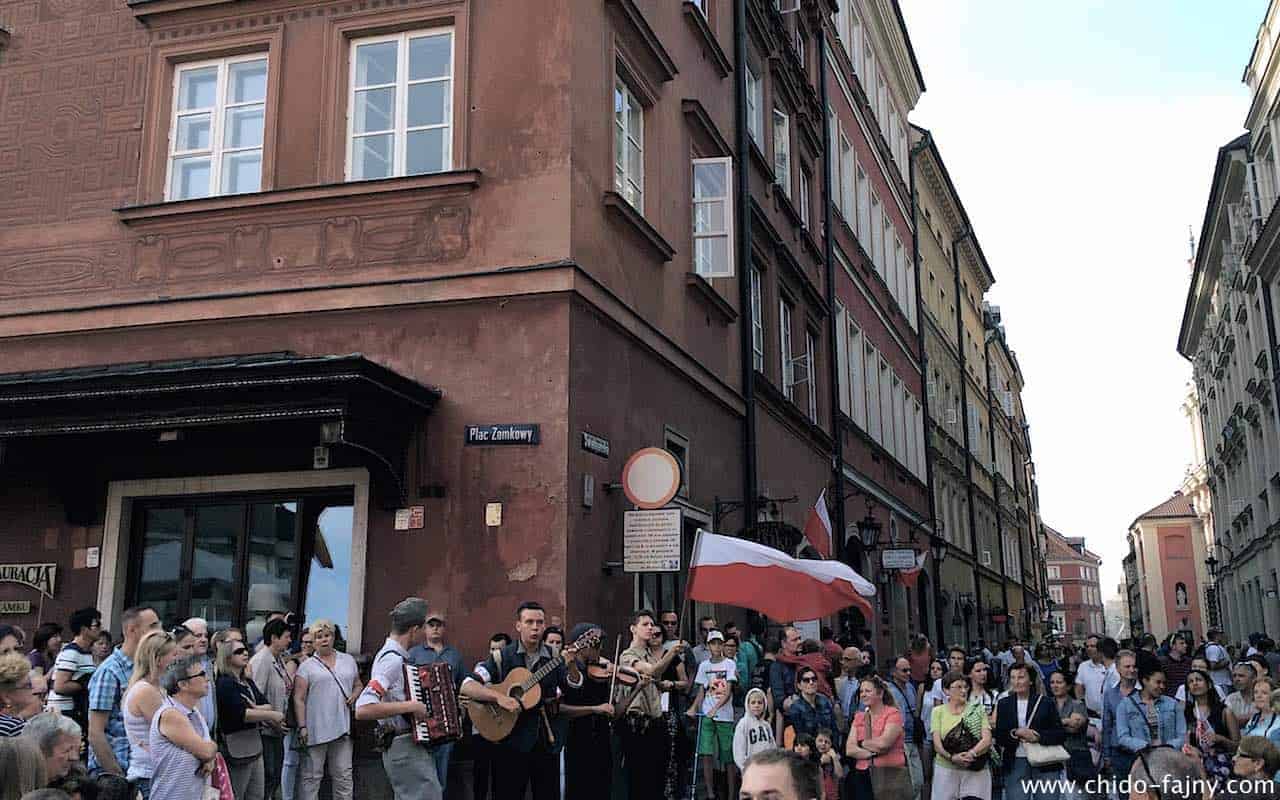 For example: if at 5pm you are going by bus, it will stop completely in the middle of the street for 1 minute; the same if you are walking somewhere in Warsaw, you will see that Polish people will stop when hearing the alarms of the memorial of the Warsaw Uprising.

The greatest thing about this day is that no one organizes it and no one promotes it, people in Warsaw just know that they need to stop for one minute to pay their respects to those who died for their country. 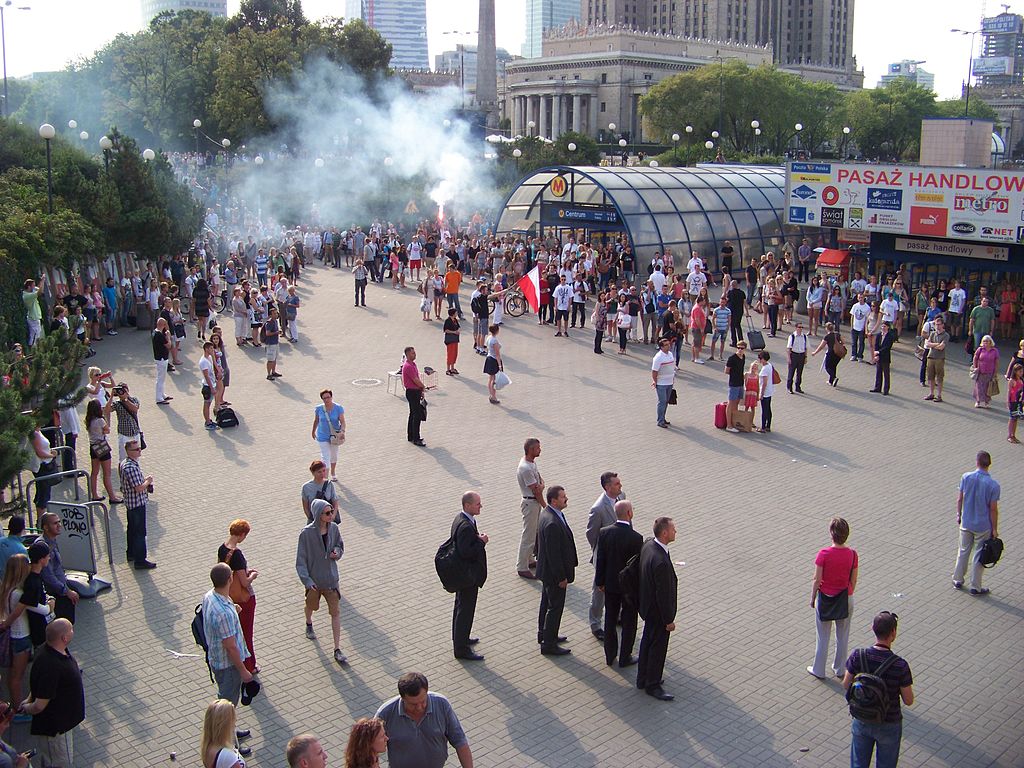 After this minutes, everything in the city comes back to normal life, people keep doing their things and life goes on.

To be honest with you, the first time I saw this it was really touching, it is like you are watching a movie and suddenly you select ‘Pause’ and all the characters are ‘frizzed’, definitely you need to come to Warsaw and live this.

You can check the video I made about it 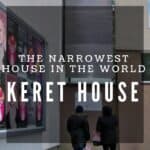 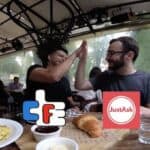 Life in Poland | Interview with Maciek From JustAsk Poland