When I was studying in Mexico at my high school back in 2006, it was time to start thinking about what I wanted to study at the university, to start seeing what I liked the most and obviously the classes that I was good at.

There were some classes that I from the beginning I realized were not for me, since I was terrible at them and it was extremely difficult to learn those things, for example, medicine, biology, chemistry or physics.

But there was also a subject that was very complicated for me, which was history, and I think this might be my father’s fault, since he had been always telling me that when he was a child it was the most difficult class during his studies. So I think that I inherited this non-ability to learn history from him.

In our history classes, since 90% of the content was about Mexico, we learned things from pre-Hispanic cultures to the modern history of Mexico. I had to learn thousands of dates, characters and events that many of them in my opinion were not so important to learn. Nowadays we have the internet so I doubt very much that the history classes that students have now are similar to those when I was studying.

In my history classes, we sometimes saw important international issues that happened around the world, for example World War II, which was the historical event that interested me the most. What they taught us was not very deep or detailed, we simply knew the highlights of it. In my case, that was when I heard of Poland for the first time in my life.

The First Time I Saw A World War II Movie

Some time later, in 2011, I was at home in Mexico watching television, and suddenly I came across a channel that showed foreign movies. There was a movie called ‘In the Darkness‘ (in Polish: W ciemności). At first, I thought it was a horror movie, but when it started I realized that it was the story of a Polish man during World War II who helped save a group of Jews through the drainage system in the ghetto of the city of Lviv in Ukraine .

That movie has been one of the best I’ve ever seen, and this increased my curiosity to see more movies and read books about that war. In case you find it interesting, these are the best films I have seen about World War II:

This last film is the starting point to the story that I am going to tell you in this post.

I was recently at home watching Netflix, and I saw that there was the movie The Zookeeper’s Wife (in Latin America this movie is called: An unexpected refuge). This film is about the story of a Polish couple who helped save dozens of people at the Warsaw Zoo in Poland.

In case you don’t know this movie, here you can watch the trailer:

The movie is good and entertaining, obviously there are some scenes that are a bit unreal or false, but the marriage story is real so keep reading because I am going to tell you the true story.

The Warsaw Zoo is located in Praga district, one of the most historic districts of the Polish capital. It is located very close to the Vistula River, at Ratuszowa Street.

This zoo opened its doors in 1928, but before this, in the 17th century there were already some parks with exotic animals in Warsaw, such as in the Warsaw Palace right in the heart of the old city, and also in the Wilanów Palace.

In 1926, there was also a zoo-garden built by Mieczysław Pągowski in Warsaw, which later would be responsible for donating a large part of animals to what would be the main Warsaw zoo.

Among the most exotic animals that were in the Warsaw Zoo during its founding were lions, tigers and a famous elephant named Kasia. In 1937, Kasia gave birth to the first and only elephant born in a Polish zoo, this elephant was named Tuzinka .

Today the Warsaw Zoo covers about 40 hectares and is one of the main tourist attractions in this city during the summer but also during the winter. This zoo has more than 11,000 animals and more than 500 species, which makes it one of the largest in all of Europe.

This Polish marriage was Antonina Żabińska and Jan Żabiński. They met at the University of Warsaw.

Jan Żabiński was born in April 1891 and Antonina Żabińska was born in 1908. Both were originally from the city of Warsaw.

Jan was a zoologist, scientist and director of the Warsaw Zoo from 1929 to 1939, and after the war he continued as director until 1951.

Jan Żabiński was one of many Polish heroes in World War II. Jan was responsible for transforming the Warsaw Zoo into one of the most modern and innovative in the world.

Antonina was a Polish writer, author of books such as: Our House at the Zoo, From the History of the Warsaw Zoo, and People and Animals (a personal diary where she recounted the events at the Warsaw Zoo during the war). Antonina also worked at the University of Warsaw in the Faculty of Natural Sciences.

The German Invasion in Poland

On September 1, 1939, the radio and the newspapers reported about the German invasion of Poland, so the chaos and horror in Warsaw and in other cities in Poland began.

The German occupation was brutal, at the end of the war Warsaw was practically destroyed after the Warsaw uprising in 1944.

On September 3, 1939, the first bombs fell on the Warsaw Zoo, causing many animals to die, the dangerous animals that survived were shot to death by the army and some animals were able to escape to the city. The most exotic and valuable animals were transported to Germany, including the Tuzinka elephant.

Due to the German occupation, Jan Żabiński ceased to be the official director of the Warsaw Zoo, as the Nazis decided to place a new director. But Jan remained very active in everything related to the zoo.

Sometime later, in November 1940, the Warsaw Ghetto was established, which was the most populated ghetto in all of Europe with an approximate number of 450,000 people living there.

After the ghetto was founded, Antonina Żabińska and Jan Żabiński decided to help all those people.

In 1940, Jan Żabiński decided to create a plant to fatten pigs in the Warsaw Zoo, with the aim of preserving the zoo’s infrastructure, but a few months later there was an epidemic which killed all the pigs and this idea was abandoned. Later the zoo served as a vegetable garden where some people planted potatoes and other vegetables.

At the same time that this was happening, Jan Żabiński, who was also a member of the Polish Secret Military Organization, kept explosives and chemical materials at the zoo. He also kept detonators and materials to make bombs in food cans.

Jan Żabiński also taught secret classes in physiology, and together with his wife Antonina they created one of the most important places in the famous network known as the ‘Secret City‘. The Secret City was a covert community in Warsaw made up of thousands of Poles who helped people in the Warsaw Ghetto.

Because Jan Żabiński cooperated with the Warsaw Horticultural Department, Jan and Antonina were able to have contact with the city’s ghetto. Jan was able to obtain a pass inside the ghetto justifying that there were green areas that required maintenance, so it was the perfect opportunity to have contact with people who needed help by providing food, false documents or secret messages.

The House Under the Crazy Star

The Żabiński house was located inside the Warsaw Zoo, and was and is known as “The House Under the Crazy Star”. Jan and Antonina occupied their house as a refuge and a place to hide from those people who managed to get out of the ghetto.

The Żabiński House or Villa was one of the many transfer points for escapes from the ghetto. The Żabiński family also used zoo cages or farm buildings to hide people. Usually, the people who were hiding with the Żabiński only stayed for a few days and then they were moved to other secret places, but there was one exception: Magdalena Gros, a famous sculptor, was hidden in the Żabiński house from 1940 to 1943. Afterwards she was transferred to another safe place in the Prague district of Warsaw.

The Żabiński house was in a highly visible location, so the Germans rarely suspected that people were hiding there. Jan and Antonina had a very well organized security system.

In the first place, only trusted people knew of what was happening in that house. Also, the most spectacular security detail was that Antonina Żabińska played the piano when Germans, or unexpected visitors, appeared at the house.

The song Antonina played on the piano was ‘Beautiful Helena’ by Jacques Offenbach. When people in hiding heard this song they had to quickly hide in attics, bathrooms, closet, or basements. Thanks to all these precautions, the Żabiński were able to save more than 300 people.

The Legacy of the Żabiński

Jan and Antonina survived the war and were active in rebuilding the Warsaw Zoo, which reopened in 1949.

In 1965, the Żabiński received the title of Righteous Among the Nations. In 1968, a tree was planted at Yad Vashem at the ceremony honoring all Polish heroes.

Antonina Żabińska and Jan Żabiński rest for eternity at the Powązki Cemetery in Warsaw, which is the most important cemetery in Poland.

Nowadays you can visit Villa Żabiński in the Warsaw Zoo, the cost is very affordable since it is only 5PLN (approximately 1 US dollar).

I hope you enjoyed this story of these Polish heroes, without a doubt a story of courage and love for humanity.

“It was not an act of heroism, just a simple human obligation” 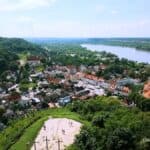 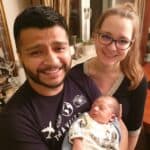