Warsaw is a city that never stops surprising me. Everyday I find something new to do or a new place to visit, so I’ve never felt bored here.

Recently, I was walking around the center of the city and I noticed a few people that were making a line to visit some place. At first it seemed that they were just standing there trying to see a poster on a wall. I was really curious to find out what they were looking at, so I went to the beginning of the line and I noticed that it was not a poster – it was an entrance to a house, but not a normal house… it was the entrance to the Keret House – The narrowest house in the world!

The History of the Keret House

In 2012, the architect and artist Jakub Szczęsny decided to make something unique in the city and he came up with the impossible idea of creating an unusual home that would surprise locals and foreigners walking around Warsaw. 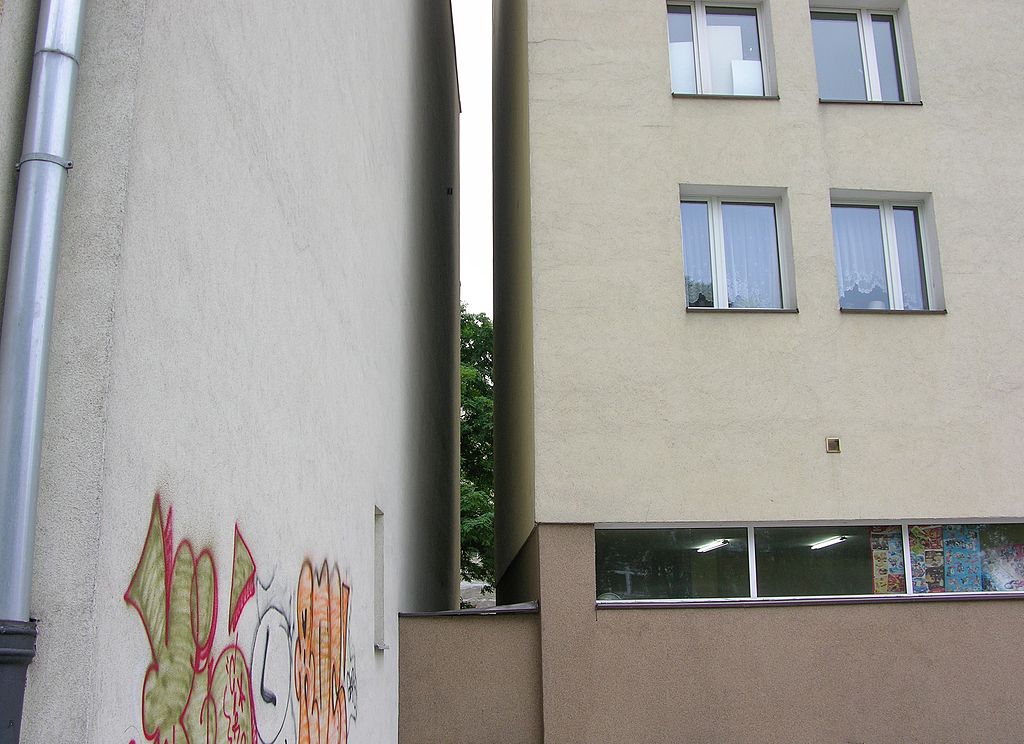 This house owes its name to an Israeli writer name Etgar Keret, who is the tenant of this building.

What Is Inside the Keret House?

You might be thinking that in such a small house there is not enough space for the ‘normal’ things, such as a bed, a kitchen or a toilet… but you would be surprised! 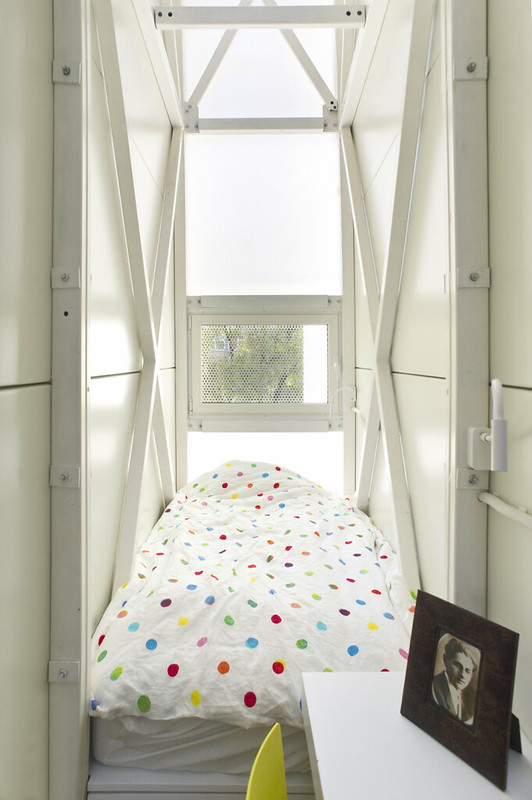 The Keret House has two floors and it has: a kitchen, one bedroom, a bathroom and even a living area! The coolest thing about it is that you must use a ladder to reach certain places of this unique house.

Location of the Keret House

One day, while the architect was drinking coffee in a cafe in the center of the district, he saw a space between two buildings for his new creation. This space was located between 22 Chłodna Street and 74 Żelazna Street. 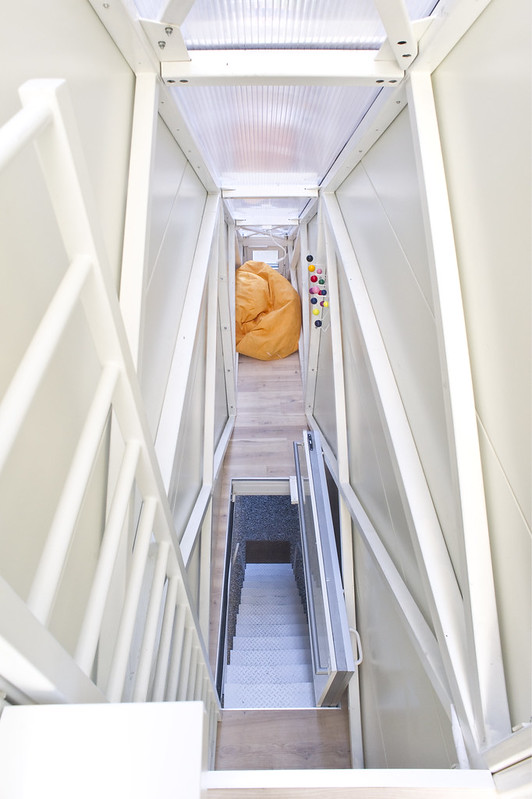 In the past, few steps from the Keret house, was located a wooden bridge which connected the small and large Warsaw Ghettos, which makes this house even more interesting because of its location in a historical place of the capital.

As in any other country in the world, there are certain rules and laws which indicate the characteristics of a place which can be considered as a house. Funny thing about Keret House is that because of his size, it doesn’t meet the requirement of the Polish law to be considered a house, so this place is considered as an art installation, even though a few people sleep there. 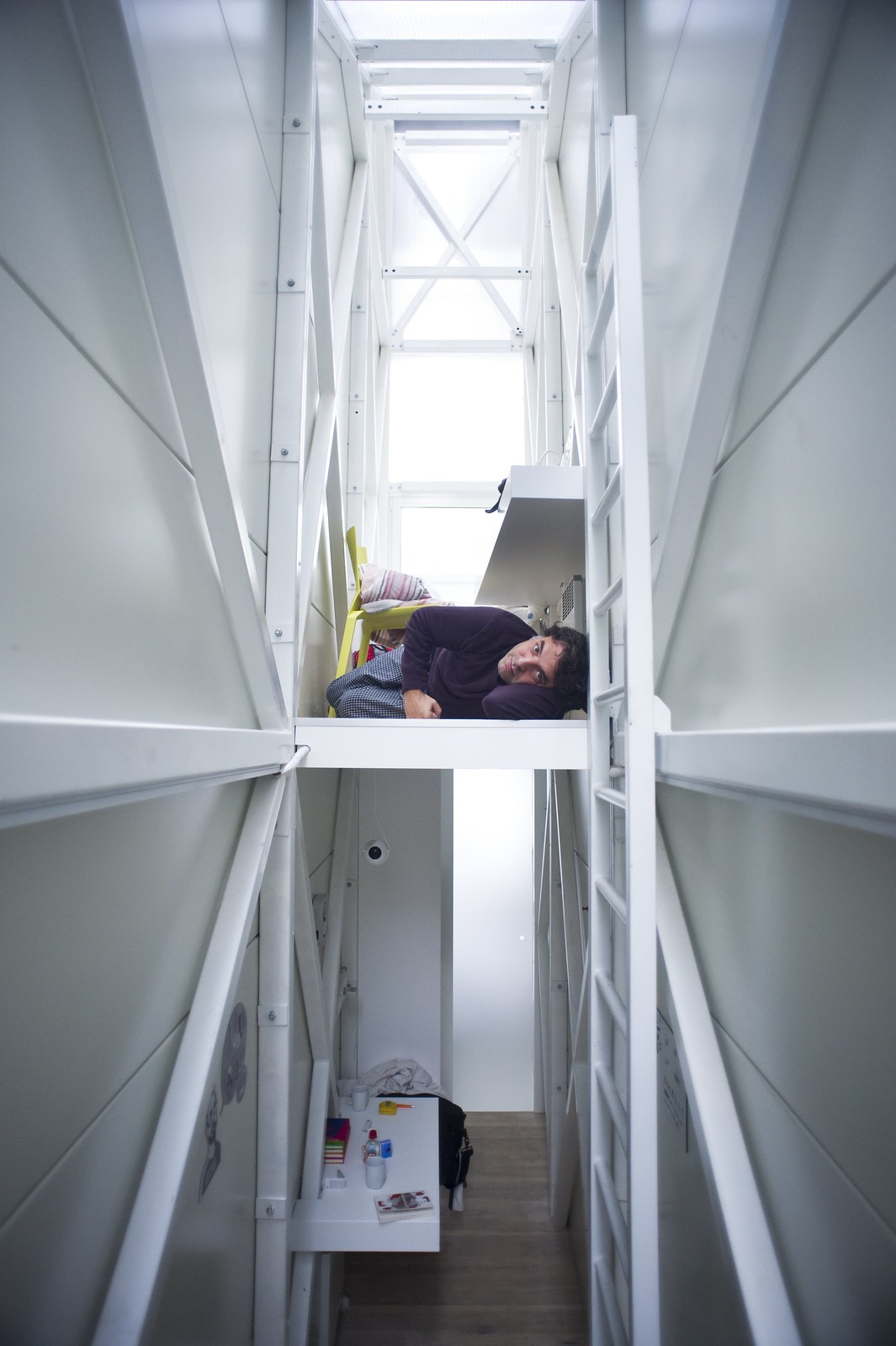 From time to time the Keret House becomes open to writers or artist as a place to stay for the night, which I think it might be a great experience to spend a night there!

Can I visit This House?

Yes, you can, and you definitely should do it!

The house is located just 10 minutes by tram/bus from the center of the city. It is not open everyday, but only every 2 weekends, so you should check the website before planning your visit. 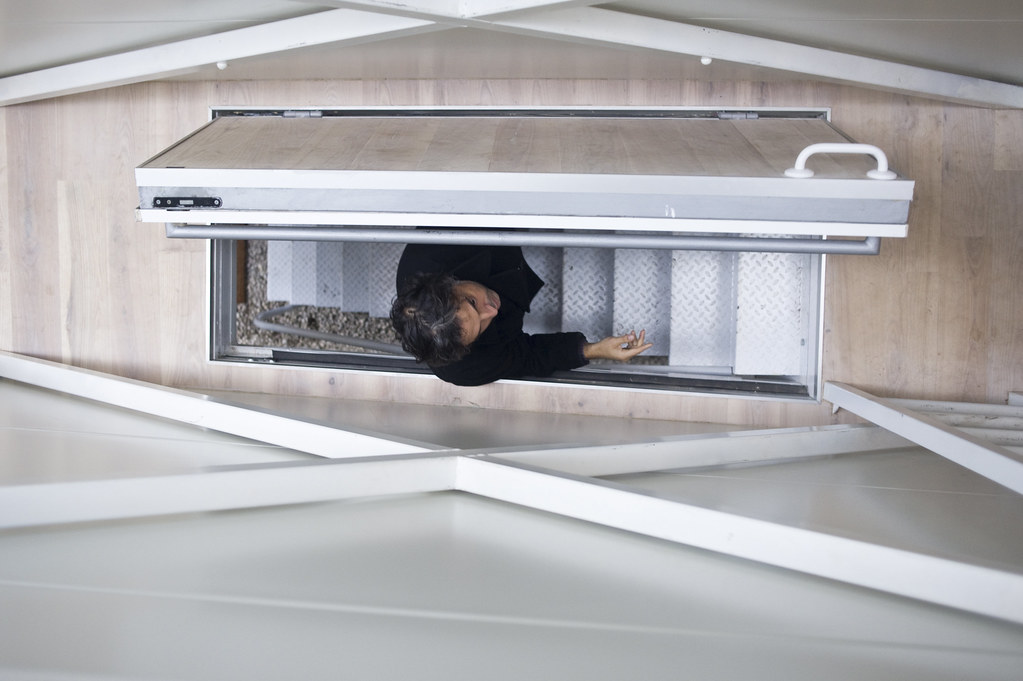 The entry fee to the house is just 20 PLN (5 EUR), and up to four people can enter at the same time. Because of its size the average time of the visit is just 10 minutes.

An Unique Place to Visit in Warsaw

If you are a traveller interested in unusual and unique places, this one is for you! In case you’ve already visited the main attractions in Warsaw and you are looking for something new, well, now you know where to go! 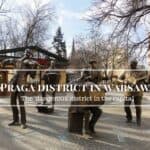 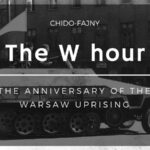 The Warsaw Uprising | The W Hour | One Minute for Warsaw