I’m saying that because the favorite day of the locals and foreigners who live in Poland is one Thursday of the year which is called Tłusty czwartek in Polish, and the translation is: ‘Fat Thursday’.

If you have any Polish friends, for sure they will know about this day. But if you’ve never been to Poland, you might have no idea what Poles do on this day at the end of February, so you might be wondering: What the heck is Fat Thursday?

Don’t worry, I didn’t know either about this day when I moved to Poland. One day, outside the main building of my Polish university in Warsaw, I spotted something different. There were like 3 or 4 cars and vans selling a type of doughnut I had never seen before, and the queues to buy them were insane! Many students were waiting in line.

At first, I thought it was like a promo or something, so I decided to stand in the queue to buy one as well. This doughnut was called pączek, and I paid around 1zl (0.25 euros) for it. The pączek was tasty and this was basically my breakfast of the day.

I entered my university and I saw that the school was giving away the same type of doughnuts to all the students, for free! At first I was like: “Damn, I could have saved 1zl. What a scam”. I got a free pączek from the university, which was awesome for me.

After my classes, I took a tram to my office, and along the way I continued seeing various cars and vans from which people were selling the same doughnuts, I got to my office and to my surprise, in the kitchen there were boxes full of these doughnuts! I stopped for one second and I was like: “What the heck is going on? What is it today?”.

The thing is that Fat Thursday is a huge deal in Poland! For me and for many people, it is the happiest day of the year. As this day is just around the corner, I’ve prepared a list of the top 10 things you should know about Fat Thursday in Poland. Here is everything you need to know!

10 things you should know about Fat Thursday in Poland

1. What the heck is Fat Thursday?

This day is known also as International Polish Donut Day. Fat Thursday (Tłusty czwartek in Polish) is a Polish tradition which is celebrated in here. The way of celebrating this day is by eating Polish doughnuts called pączek.

2. Why do Poles celebrate Fat Thursday?

Poles celebrate this day not only because they love to eat doughnuts – because they do – but this is not the only reason.

Fat Thursday originated from religious beliefs. Poles take this day as the last opportunity to eat a lot of doughnuts and candies. The reason? It is mainly because Catholics will be fasting during the following weeks before Easter time.

Traditionally, Catholics in Poland would not drink alcohol or eat meat during this period. But it is important to say that this tradition is not only celebrated by religious people in Poland. This day is now considered a nation-wide holiday celebrated by anyone who wants to do it.

3. When is it celebrated?

Let’s not confuse something here. In Poland, they celebrate a Fat Thursday, but in some other countries where many Polish descendants live, for example in the United States, this tradition is known as Fat Tuesday.

In Poland, Fat Thursday is celebrated once a year, on the last Thursday before Ash Wednesday and the beginning of Lent.

Fat Thursday does not have a specific day, for example, Christmas or New Year’s Eve. This day depends on the Christian calendar. For the upcoming years, these are the dates when Fat Thursday will be celebrated (save the date guys):

During Fat Thursday, people wait in the queue for hours to buy pączki in some of the best places in Warsaw and in Poland!

The Polish doughnuts prepared for Fat Thursday are called pączek (singular) and pączki (plural) in the Polish language.

In short, a pączek is a fried doughnut glazed with sugar, typically filled with rose marmalade, and covered with candied orange peel. But, you can find different versions of this Polish dessert: different marmalade filling or a different glazed style.

In the following image you can see the anatomy of a pączek:

5. How can I prepare a pączek?

My honest advice is to not waste time preparing your own pączki, the reason is that I’m not really patient and baking and cooking is not my strong suit, plus on this day you can find those doughnuts basically everywhere in Poland!

But if you really want to try out your cooking skills, you will need flour, margarine, eggs, oil, and yeast. Essentially, you will need to make the dough. When you have the dough ready, you need to form a small ball and fill it with some marmalade. Then you need to fry it with lard, and when it’s ready just cover it with sugar frosting! Just be aware that you will not make only one of these doughnuts, you will make a lot!

Probably my previous explanation of how to prepare a pączki was not the best so I leave you here two recipes made by my friends who are experts in Polish food recipes: Polish Housewife and Polish Your Kitchen.

6. How many calories has a pączek?

Here come the bad news amigos! Each traditional pączek (glazed with sugar) has an average of 350 calories. But as I mentioned, there are many variations of these doughnuts. Some versions might reach 700 calories each!

On average, each person in Poland eats at least 3 pączki, which translates into 1050 calories. During each Fat Thursday more or less 100 million of these doughnuts are eaten in just 1 single day.

To give you perspective, to burn the calories of one single pączek you would need to go jogging for at least 30 minutes! Or you can sleep for four hours (this one is better, right?)

7. Do I need to eat a pączek during Fat Thursday?

Well, of course, no one will force you to eat one of these delicious pączki, but it is highly recommended that you eat at least one during this day.

In Poland, it is believed that if you don’t eat at least one pączek on this day you will have bad luck for the rest of the year. Maybe this is true, maybe not! But are you really going to risk one year of bad luck just for a few extra calories?

8. Is this day the same as Fat Tuesday?

Yes and no. As I mentioned, in Poland this tradition is celebrated on Thursday that is why it is known as Fat Thursday. But, in some other countries where many Poles are living, for example in the USA or Canada, this celebration is known as Fat Tuesday, Shrove Tuesday, Pancake Tuesday or Pancake Day.

The main difference is that Fat Tuesday is celebrated one day before Ash Wednesday.

But essentially this tradition has the same approach, it’s just that is celebrated on a different day.

9. What are the best places to buy Pączki?

Of course, each person might have different favorite pączki places, or maybe their favorite ones are the ones made by their grandma. But after intensive research in Facebook local groups of major Polish cities, and based on my own experience these are the places where you can buy the best pączki in Poland (please be aware that during Fat Thursday you might need to wait in the queue for hours to buy pączki in these places…. it’s no joke):

10. Do Poles only eat pączki during this day?

The most eaten food during Fat Thursday is definitely pączki, no doubt about it. But another traditional Polish dessert that is extremely popular on this day is the one called Faworki, in some places, this is also known as Chrusty or Angel Wings. Faworki are thin dough ribbons, fried until crispy and sprinkled with powdered sugar.

Now, my friend, you know everything about this awesome Polish tradition! Share your comments if you will celebrate this day!

How many pączki are you planning to eat? 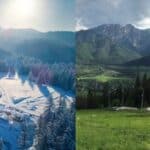 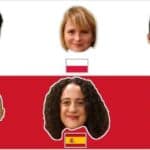