Poland is a country where you can find all types of places like the incredible Tatra mountains, the beautiful lakes in Mazury, modern buildings like in Warsaw,really old castles like the Niedzica Castle or mysterious places like the Crooked Forest. In the north of Poland there is a beautiful region located on the Baltic coast which is conformed by 3 spectacular cities: Gdańsk, Gdynia & Sopot –  a better trio than the McDonald’s one.

This part of Poland is known as the tricity (Trójmiasto in Polish) and it is formed by 3 different cities: Gdańsk, Gdynia & Sopot. They are relatively close to each other, but each off them had their own identity.

The Tricity area has a population of over 1 million people, and during summer is one of the main touristic destinations in the country mainly  because you can enjoy the nice beaches they have there.

This is the Poland’s principal seaport and is also the fourth-largest city in the country. In the past it was one of the most important commercial regions in Europe. The beauty of this city is unique and that is why it was nominated this year as the European Best Destination competing with really touristic cities like Paris or Milan.

Gdańsk is the perfect combination to enjoy the architecture of the old town but also to relax in the beach after a long sightseeing day (the water might be super cold :P ).

Gdynia – the Luxurious City in Trójmiasto

This one of the youngest and modern cities in Poland. In the past, Gdynia was just a small agricultural village in the north of the country, but right after the I World War the growth of the city started.

It has a population of a quarter-million people and is the second major polish port in the Baltic Sea after Gdańsk. Four years ago, in 2013, Gdynia was ranked as Poland’s best city to live in and topped the rankings in the overarching category of general quality of life. :)

Nowadays this city attract thousands of tourists each year, it has many luxurious hotels, yacht clubs and great sand beaches. With no doubt you need to visit this great city!

Sopot – the Party City of Poland

This city is located in the middle of Gdańsk and Gdynia, and this is the smallest on Trójmiasto region. It has a population of just 40,000 people and it is mainly health-spa and tourist resort destination.

Sopot is famous mainly because it has the longest wooden pier in Europe  (515.5 meters) which is the perfect place for photographers,   and also it has a funny building known as “The Crooked House”.

Sopot is the tourist resort located in the heart of Europe, and is also the favourite place for young people to go clubbing or enjoy the view in the wooden pier.

Trójmiasto Region Is Worth Visiting

Definitely if you visit Poland you need to take few days and travel to this tricity region. You will have a great time and maybe you are going to tan a little bit :P 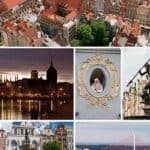 How Well Do You Know Polish Cities? | Poland Quiz 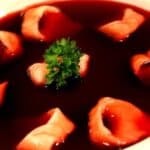 The Top 10 Most Delicious Soups in Poland | Polish Food