Poland is one of the the main touristic destinations in Central & Eastern Europe, and this is not surprising mainly because the beauty of all the Polish cities, its great food and amazing people.. During summer, those places transform into colourful cities where you can walk and enjoy all the attractions that Poland has to offer.

Many tourists are always impressed by the medieval buildings, being those some of the top attractions in each European Country.

There are are hundreds of castles in Poland that were built many centuries ago, some of them and their stories are really famous such as the Cracow Castle called Wawel, the legend about the waterfall castle in Poland (which many people confirm that this place doesn’t exist), or the Niedzieca Castle that is the one I want to talk about today.

The History Of The Niedzica Castle

The Niedzica Castle (Zamek w Niedzicy in Polish) was built between the years 1320 and 1326 by an Hungarian person known as the Kokos of Brezovica. For several years this castle was used as the border between Hungary and Poland. Along the history this castle had many owners principally aristocrat families.

Location Of The Niedzica Castle

This Polish castle, also known as the Dunajec Castle, is located in the South part of Poland, just above the Dunajec River, right in the Czorsztyn Lake and really close to the border with Slovakia. The castle was built on a peninsula into the river, which is an ideal place  to defend against any threat. It is just 130km away from Cracow – one of the most beautiful cities in Europe.

Back in 1940, the construction of the Czorsztyn Lake started. This lake is a man-made reservoir on the Dunajec river.

The lake was finished in 1995 and it has more than 350 meters long, and it has a maximum depth of 50 meters. The construction of this lake was made mainly to avoid any flood in the Dunajec river. With no doubt the castle and the lake make a perfect combination of beauty and style.

The Legend Of The Niedzica Castle

As almost all the castles in the world, the Niedzica Castle has its own legend. The legend of this castle is quite amazing and it is as follows:

Some centuries ago, one of the owner’s son of the Niedzica Castle – Sebastian Brezevichy – traveled to South America, specifically to Peru. When he was there he fell in love with an Inca princess named Umina. Both of them decided to travel to live in this castle in Poland after the war started with Spain in 1860. When Umina and Sebastian moved to Poland they decided to bring an Inca treasure with them, so the Spanish army could not stole it.

The murder of Umina

There were several rumours of this Inca treasure in Poland. One of the treasure hunting thief followed it and murdered Umina princess in front of the castle. The legend says that every night the spirit of Umina appears to scare all the people that is closer to this castle, just to protect her precious gold treasure. Nowadays, Umina is known as the ‘White Lady of the Dunajec Castle’.

It is still believed that there is a map of the Inca treasure somewhere in the Niedzica Castle with information of this gold treasure and some secrets of the Inca gold.

Recommendations For Your Visit To The Zamek w Niedzicy

This castle is now a museum and it is opened everyday during summer. If you like castles, legends, fairy tales and medieval stories with no doubt you have to visit this amazing, beautiful and scary place in the south of Poland. It is a little bit complicated to get here if  you don’t have a car, but there are several tours especially from Krakow, that would also include to a visit to the concentration camp Auschwitz or the incredible Wieliczka Salt Mines. 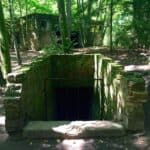 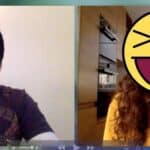 Life in Poland | Interview with Leah from Polonization