My name is David Huerta, I was born in Mexico City in 1990, and I had spent more than 20 years living in that extraordinary and magical city. Right now the destiny has put me on the other side of the world, but I am always proud of being able to say that I am Mexican.

Two weeks ago, on September 7th, Mexico suffered one of the most intense earthquakes ever in the history of our beautiful country (8.1 magnitude), and various states of the Mexican Republic were affected: there were dozens of deaths. As soon as I found out about the news, I called my parents who live in Mexico, and they told me that fortunately everything was OK, and it had just scared them a lot.

After that earthquake I started watching the news just to find out how many damages this natural disaster had caused in the country. Surprisingly, I saw that Mexico City resisted the earthquake, and there were no material damages or victims in the capital, which made me think for a few days that Mexico City, one of the most populated metropolises in the world, was actually indestructible.

The days passed, and the Mexican Independence Day party came. This year I celebrated it in Warsaw, Poland. The Mexican embassy organized an event during which all the Mexican community from this European country could gather together and celebrate the prideful fact of being a Mexican. During the celebration, the Mexican ambassador reminded everyone of the recent earthquake and everyone that lost their lives, or lost their friends or homes. We held a minute of silence to honor our fallen compatriots.

On Tuesday of the following week, September 19th, while I was at my home in Warsaw, I found out from the social media channels about another strong earthquake (7.1 magnitude) that had just happened in Mexico. I immediately tried to contact my parents through WhatsApp and Facebook, but at the beginning it was impossible to get through. It had only been a few minutes, but I felt as if it had been hours, and even though I didn’t want to, I started imagining the worst scenario: asking whether my family and closest friends were alive. Fortunately, I received a message from my parents, and it was such a relief to know that they were safe.

As the minutes passed, the rumours and flow of information in the social media was getting more and more intense, however, bringing the worst possible news. Videos showing buildings and schools being razed to the ground went viral. When I saw them, I went numb, I could not believe that it was actually happening in my dear city. The feeling I had had a few days back, about Mexico City being indestructible, was gone. This monstrous city was once again struck and hurt by an earthquake, just like exactly 32 years before, on September 19th, 1985, which have been the worst natural disaster that has ever happened to our country.

One of the prices we have to pay for living in Mexico is having to deal with earthquakes. I remember that when I used to live in Mexico, I had been through a few strong earthquakes which scared me a lot, but I had never seen anything like the one that happened on Tuesday. When I was younger, my father always told me stories about the earthquake from the 1985, he would tell me about how people would fall down when trying to walk, because the shakes were too strong to walk properly. That natural disaster left an enormous loss of life and materials losses, and it is really difficult to picture it if you hadn’t lived it on your own.

On this September 19th, 2017, after seeing all the photos, videos and messages, I felt I couldn’t breath. I couldn’t get off my computer because my country and my Mexican people were suffering like they had never suffered before. Being more than 10,000 km away from home I was feeling helpless, and couldn’t be there helping them. I cannot even imagine the pain they had to live through seeing how buildings where they had spent their childhood, studied or worked, were razed to the ground within just a few minutes.

So I, being in Poland, felt a pain that I had never felt before. I couldn’t breath, the fear and sense of panic were taking control over my body, and honestly I could not hold back my tears when seeing how the country that gave me everything, absolutely everything, was suffering like never before.

One of the most common phrases we use when referring to our country is: “Como México no hay dos” (“Mexico is unique”). It wasn’t until I saw how Mexican people reacted after the earthquake that made me realize what this phrase really means. Dear Mexican people – civilians, soldiers, marines, engineers, clerks, students, doctors, nurses, construction workers, homemakers – all of you make me PROUD of being a Mexican. During 26 years of my life I had never seen so much unitedness among us, we immediately put aside all the social differences and problems that divided us. It was as if there had been a button, inside our souls, that when pressed made us all help our fellow compatriots.

I cannot find the right words to express how proud I feel every time I see a photo or a video of some Mexican helping to remove rubble, donating a liter of water, feeding the rescue team, giving a taco to a stranger without hoping for anything in exchange, saving every living thing… all that is so reassuring to me, knowing that there are true heroes in my beloved Mexico, and I am sure that every single Mexican that lives far away from their home country feels exactly the same way.

You, my Mexican brothers and sisters, have made me feel more than ever that being a Mexican is the best thing that happened to me. Every one of you is a person worth admiring, and honestly I wish I could go back to Mexico right now and thank each one of you in person, for supporting our dear Mexican people when they are in trouble.

Thank you, Mexican people, for doing this, for taking care of our home while some of us are away. Seeing all the selfless acts makes me sure that we can build the Mexico we have always wanted if we stay together and face of problems. Let’s get ahead like we always do. Mexico, you make me proud! 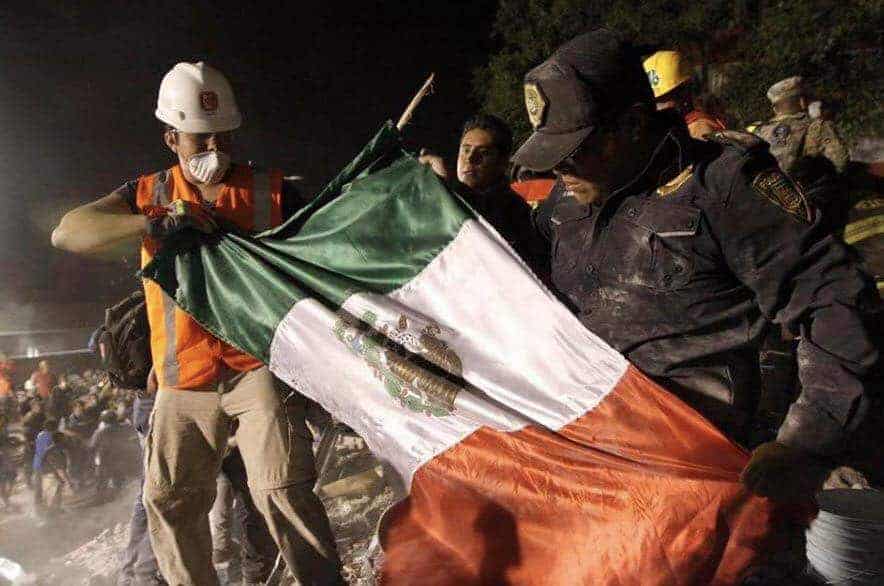 If you are currently abroad and you want to support Mexico with a donation, you can do it via the following websites:

Wojtek The Bear | The Fluffiest Soldier in Poland History 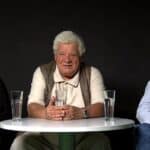 The Polish Lektor | One of the Weirdest Things in Poland

What I miss from Mexico