When you think about the most famous Polish people in history, you might be thinking about Karol Wojtyła (John Paul II), Nicolaus Copernicus, and of course about Maria Skłodowska-Curie. And yes, in case you didn’t know those historical people were from Poland.

Now, talking about Warsaw, when you ask local people in the street: “Which is the most famous Pole in history?”, they might answer you that it was a great pianist and composer that was born close to Warsaw. One of the most famous and remarkable names in Polish and worldwide history is Fryderyk Franciszek Chopin.

The Son of Zelazowa Wola

Fryderyk Franciszek Chopin was born on March 1st, 1810 in a really small village in the center of Poland named Zelazowa Wola.

His father was French, and his mother Polish. Since he was a child his talent started to be noticed. When he was just 7 years old, he wrote his first composition! Impressive, isn’t it?

Fryderyk Chopin was with no doubt aprodigy child and a virtuoso pianist, when he was 10 years old he was already participating in some concerts. Years later, Chopin enrolled in the Warsaw Conservatory of Music, where he studied for three years.

The musical talent of Chopin was extraordinary. Therefore, at some point of his life, his parents decided to save money and send him to Vienna, Austria to continue his magnificent musical career.

During his first concerts in this city he impressed the public with his unique style, but as in everything, not all the people liked him very much.

When he was just 22 years old, he was giving concerts in important cultural places in such countries as: Germany, Poland, Austria and France.

After his arrival to Paris (the centre of European culture at that time), he realized that he had found the perfect place for his style and genius. In this city is where Chopin decided to spend the rest of his life. While living in Paris, he made friendship with many young composers, and then he was able to find a job as a professor in the great houses of Paris.

It was on the British Isles where he made his last public appearance in 1848. Then, Chopin returned to Paris, where he died on October 17, 1849, when he was just 39 years old.

His body was buried at the largest cemetery in Paris (ParisPère Lachaise cemetery), but his heart was interred at a church in Warsaw, in the Holy Cross Church (kościół św. Krzyża) on Krakowskie Przedmieście Street.

Among the greatest composition that Chopin created are:

If you’ve been in Warsaw you might have noticed that this city remembers this historical Polish person. The biggest airport in Poland was named in his honour: Lotnisko Chopina w Warszawie. Here, you can find several posters promoting the city with his image.

Also, in one of the most beautiful Polish parks, Lazienki Park, there is a bronze sculpture which is the Chopin Monument.

Finally, one of the most important universities of music in the world is located in Warsaw, and its name is Fryderyk Chopin University of Music, where only the best talents have an opportunity to be part of it.

Every year, close to the 1st of March, the official tourism websites of Warsaw start remembering this genius. 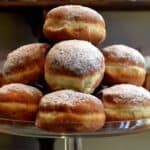 The Most Unpronounceable Cities and Towns in Poland | Polish Language