Did you ever hear the following phrase: “Behind every great man there’s a great woman”…? Well, that is true :) In the post of today, I want to talk about some Polish women that are considered the greatest Polish women of all time.

It is quite hard to talk about this Top 12, mainly because of the great number of important women that Poland has had during its history. Of course the following list is not ‘official’, but in my opinion this is the one.

List of the Top 12 of most incredible Polish women ever

She was born in Warsaw in 1867. She was the first woman to win a Nobel Prize and the only person to win in multiple sciences! She won 2 Nobel prizes, one in Physics and one in Chemistry respectively.

She was one of the main Polish heroes during the II World War. This remarkable woman defied the Nazis regime, and saved over 2,500 Jewish children by smuggling them out of the Warsaw Ghetto.

She was a health worker, and she sneaked the children out between 1942 and 1943 to safe hiding places and found non-Jewish families to adopt them.  She provided them with false identity documents and saved them from the Holocaust.

She was born in Warsaw in 1948, she is one of the most important Polish filmmakers ever. Her most famous film is “Europa Europa”. She had to emigrate to France after the Martial Law in Poland was imposed, and she was not able to see her daughter for over 8 months.

She was born in Cracow in 1870 and she was a Polish-American business woman. She revolutionised the cosmetics industry, and a lot of women still use some of her cosmetics. She founded the company Helena Rubinstein Incorporated, then when she sold the company she became the first self-made female millionaire in the world.

She was born in Russia, but 1 year after she was born her parents moved to Warsaw. She was a Polish sprinter, and she was one of the most successful and important athletes of all times, she was the queen of the Olympic games between 1964 and 1980.

She was a Polish noble-woman but also revolutionist from the lands of the partitioned Polish–Lithuanian Commonwealth. She is a heroine in Poland but also in Lithuania. She was considered a symbol of women fighting for the national cause.

She was born in Kośmin in 1889, she was an activist but also a writer. She created 2 organisations during the World War II designed especially to help Jews to escape the Holocaust.

She was born in Lodz in 1909. She was a Polish composer and violinist, and she is considered one of the most important Polish composers in the history.

This might be interesting for you: Extravagant Polish dishes

She was born in Warsaw in 1936 and she became the first woman in the history to sail single handed around the world. She sailed 57,719 km in  just 401 days.

She was born in 1923, she won the Nobel Prize in Literature in 1996. Many people consider her as the “Mozart of Poetry”.

She was a Polish novelist and a one of the main writers of the Positivism in Poland movement during foreign Partitions. She was nominated for the Nobel Prize in Literature in 1905.

Do you know any other Polish women that you would include in this list? :) 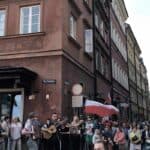 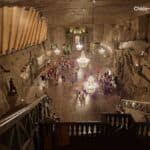 Wieliczka Salt Mine | a Whole World Under Our Feet