One of the most important days in Poland during the year is November 11th, because that is when Poles celebrate the anniversary of the Poland’s National Independence. This day reflects the national feelings of this country and it reminds the struggles that Poland had to overtake during the last centuries.

History of The Polish Independence Day

As some of you may know, Poland hasn’t been a lucky country in terms of geographical location on the map. For many years Poland literally disappeared from the map.

In 1918, after 123 years of partitions by Prussia, Russia and Austria, and thanks to some unusual events such as: the Russian revolution, the collapse of the Austro-Hungarian Empire and Germany’s defeat, Poland had an unique opportunity to reclaim its independence.

On November 1918 the Polish army – leaded by Józef Pilsudski – demobilized soldiers in Warsaw and other cities with the objective of disarming the German army. After few days, the Polish army had full civil control. 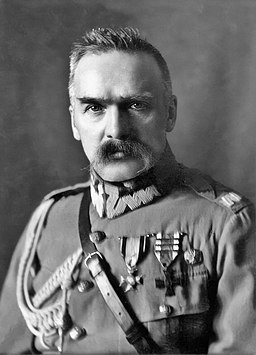 On November 11th, Józef Pilsudski formed a new centralized government in Warsaw, and he called to parliamentary elections. Poland regained its independence after 123 years of occupation.

If you are a tourist, you will see only 2 colors around the country, red and white. All the people put in almost all the streets, houses and buildings a lot of Polish flags to show and celebrate their Independence. On this day all Polish people celebrate the pride of being born in Poland with their families and friends.

This day has been celebrated since 1920, but it was put on hold due to the Nazi occupation and the communism time in Poland (from 1939 to 1989). In 1989 this National holiday returned to the official and national celebrations.

Every year, in the center of the Polish capital – Warsaw, in the ‘square of the unknown soldier’ (Plac Piłsudskiego) – the president of Poland gives a speech  in which he shows the pride of being a Polish citizen; there is a change of guards on the same square and also a small parade where you can see soldiers (including the highest state officials) showing respect and pride to their flag.

As during all the other bank holidays in Poland, all the stores, museums, public institutions, etc. will be closed, so if you are going to stay here on that day, it is better to do some shopping one day before this date.

Protests in The Cities

I have to say that there are also a lot of protests around the cities, and the biggest ones are in Warsaw (Marsz Niepodległości).

As in any other country of the world, the Independence Day is an excellent opportunity to express patriotic feelings; in Poland many extreme nationalist protest (in some cases really aggressively). In the last years, many reports have been raised about the violence during the previous National Protests.

Universities and institutions that help foreigners recommend them not to be close to or participate in those protests, because they may suffer acts of racism or violence. I really hope that this year everything will be calm, and that Polish people will celebrate their Independence with proud and love, which are 2 things that are characteristic for this country.

Now you know a little bit more about this important day in Poland, and one last thing: 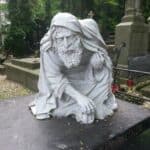 Powązki Cemetery | The Most Famous Cemetery in Poland 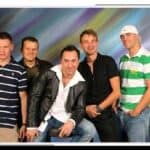 Disco Polo | Love It or Hate It | Music From Poland