Being originally from Mexico, our local traditions are a really big deal in our country! For example, during the Mexican Independence Day, we have the best Mexican party of the year! During Christmas season we throw nine parties before Christmas which are called Posadas.

But probably the biggest and most famous tradition that we celebrate in Mexico is during the 1st and 2nd of November, which is: Dia de los Muertos (Day of the Dead). We have parades all over the city, we go to the cemeteries, we make altars at our homes to remember those who are no longer with us and we even prepare special bread just for this day, which is called pan de muerto (‘Bread of The Dead’).

My First All Saints’ Day in Poland

When I moved to Poland a few years ago, I was not sure if here they had a similar tradition like the Mexican one, the only thing I knew was that it was a bank holiday, so I didn’t have to go to the office on that day.

A few days before November 1st I was wondering if my Polish friends would organize a Halloween party, or if children would dress-up in cool costumes and ask for candies going door-to-door around their neighborhoods. But, to my surprise, almost all of my friends wouldn’t be in Warsaw during that day, mainly because all of them would return to their homes.

I asked my wife: “Hey, what are our plans for Halloween? Do you want to go to a party?”. But the answer was not what I expected – she told me that we would go to her city, Łódź, to spend this day there.

Of course, I agreed, we left Warsaw and we were on our way to Łódź, but there was one thing I noticed immediately, there was a lot of traffic jam on the highways! At some point, it seemed that I was in Mexico City during a Friday evening again.

On any other day of the year, the time we spend on the highway from Warsaw to Łódź is more or less one hour, but during that day we were stuck for hours in the traffic jam!

When we finally arrived at our destination, our first stop was a small cemetery, where a few of my wife’s relatives were resting for eternity. We had to clean the tombs, put some flowers and candles, and mainly talked for hours about stories or memories that they lived with that person. 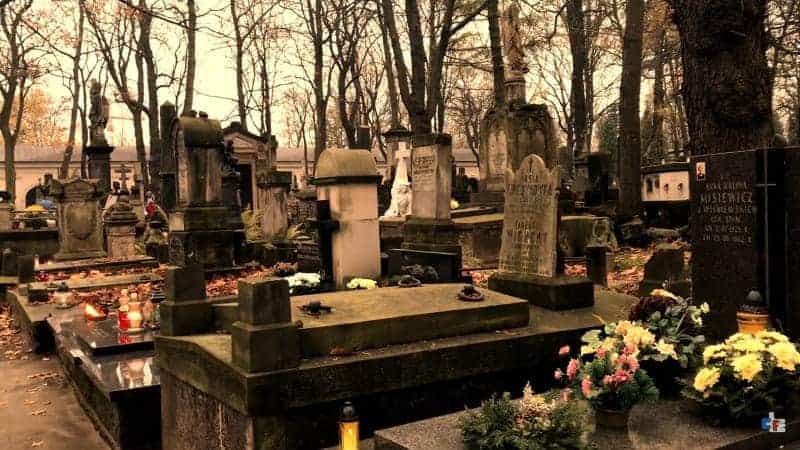 The night came and with it probably my favorite moment of the day, it was getting darker and darker, and the cemetery was glowing with thousands of candles. Polish people have the conviction that after death, not everything dies inside us. And by lighting the candles, the shadow of the death will walk away from the cemeteries.

The evening was passing and we visited other cemeteries, when I was driving I could easily see a lot of candle lights along the way. It was great to see that also in Poland they remember those people that are no longer with us.

7 Things you should consider during All Saints’ Day in Poland

There are no rules per se to follow during this day, but in case it is your first time to spend this day in Poland, I came up with a list of things that you should know to have the best of this celebration.

1. One of the best Polish Traditions

At first, this day might be seen as a sad day with absolutely nothing to do, in comparison with the Mexican celebration of Día de los Muertos, or with the United States when they celebrate Halloween.

In Poland, this day is different, but beautiful as well. All Saints’ Day in Poland is a day when families are together talking for hours of all those great memories that you had with your loved ones, you can say I love you one more time as you never know when it will be your last chance to do it.

The atmosphere that is perceived during this day in Poland is a unique opportunity to think and meditate. 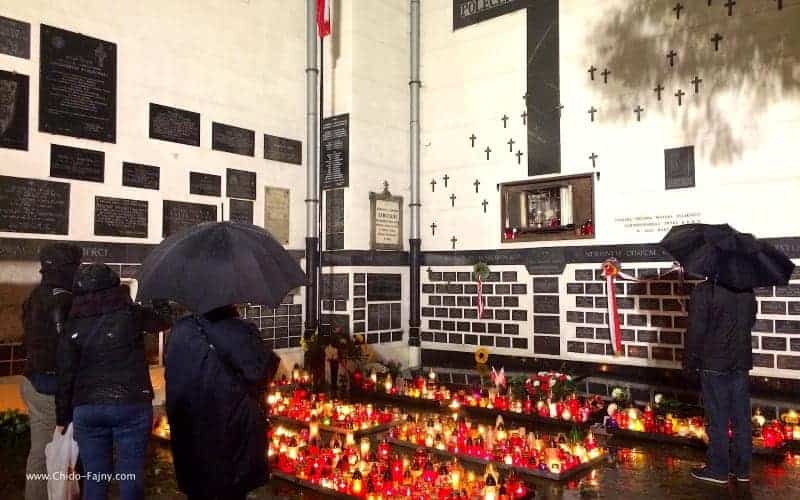 In Poland, people believe that during this day the churches are filled with souls, but the living people are not allowed to see the dead, and the souls who break this rule will be punished in a really hard way.

Also, it is believed that if during November 1st there is bad weather, it means that next year will be a year of death. 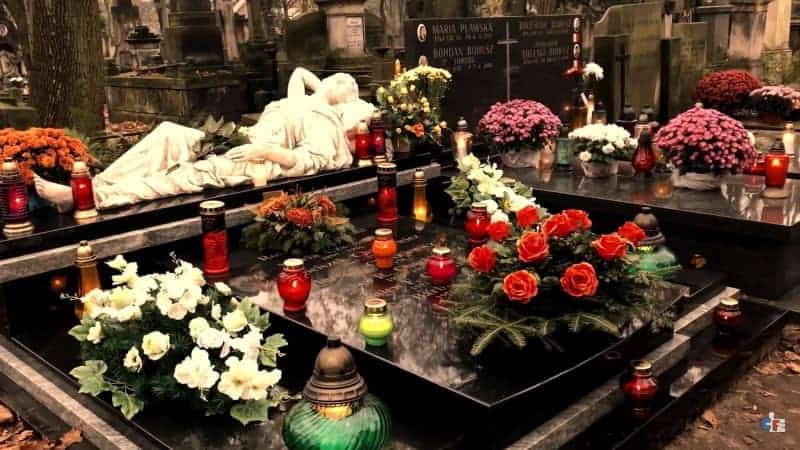 3. They have a ritual called Zaduszki

The literal translation of the word zaduszki is the day of the prayer for souls, but it is known as All Souls’ Day which is on November 2nd.

In Poland, it was believed that during the days of Zaduszki, the souls of deceased relatives and friends visited their old homes so they would warm themselves and try special meals prepared for them.

Poles cleaned and prepared their houses by covering the floor with sand. They also prepared a bench and it was placed right in the center of the house, on the bench people put water, a towel, and a comb.

They believed that souls would wash and comb their hair for one more time. To allow the souls to enter into the house, people left the main door and the windows open for the whole night. 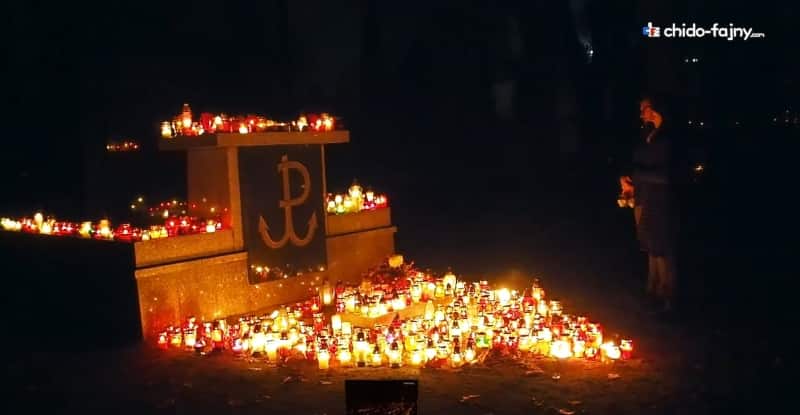 4. Poles do not celebrate Halloween

If you are a foreigner, you probably watched a lot of American movies about Halloween. I’ve never been to the USA, but Halloween would be one of the days I would like to spend there.

In case of Poland, they do not celebrate Halloween here. Of course, it’s getting more and more popular, especially in big cities, some clubs organize Halloween parties and people will wear really cool costumes to celebrate.

This is not bad in my opinion, but Poles (especially the elder ones), prefer to spend this time with their families, go to the cemetery together and finally to have a family dinner rather than partying. Some people say that celebrating Halloween in an “American way” is a lack of respect for the Polish tradition. 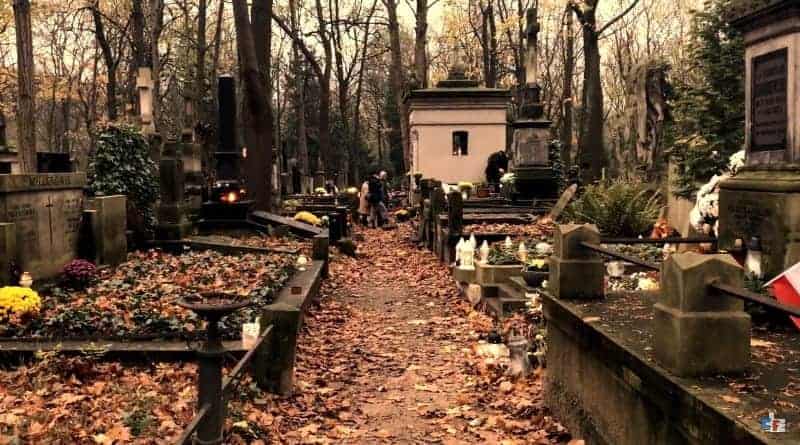 Normally, Poles visit more than one cemetery during this day. They try to visit most of the tombs of their relatives and friends. They will clean each one of them and put some flowers and candles. If a tomb is not clean or decorated on this day, it is considered to be a shame for the family of the deceased.

This day might be quite intense for some people, with all the walking and cleaning. But it’s extraordinary to see old people and children helping with this every year.

In case you are in Warsaw, you can visit the most famous cemetery in the country which is Powązki Cemetery, also you can visit Bródnowski cemetery or the military one besides Powązki. 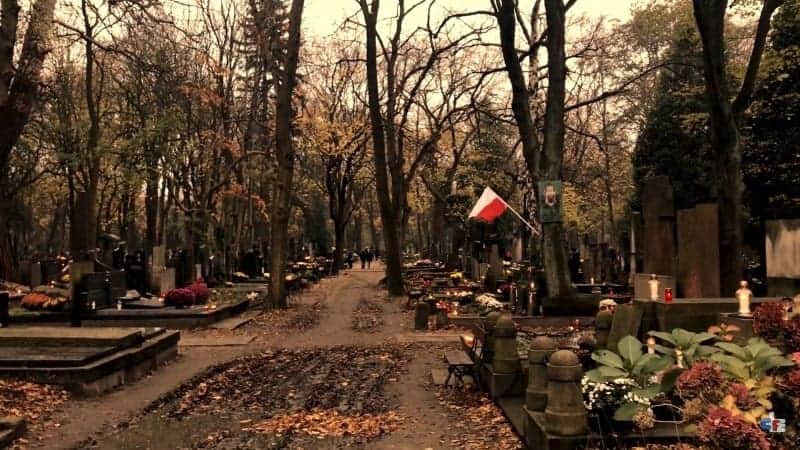 6. Millions of candles will illuminate the cemeteries

During the night the cemeteries will glow with thousands of candles, it is worth it to go to the Polish cemeteries just to see the beauty of those places.

The special candles that are used can burn for many hours and they are placed with the idea that the departed souls can find their way through the darkness. 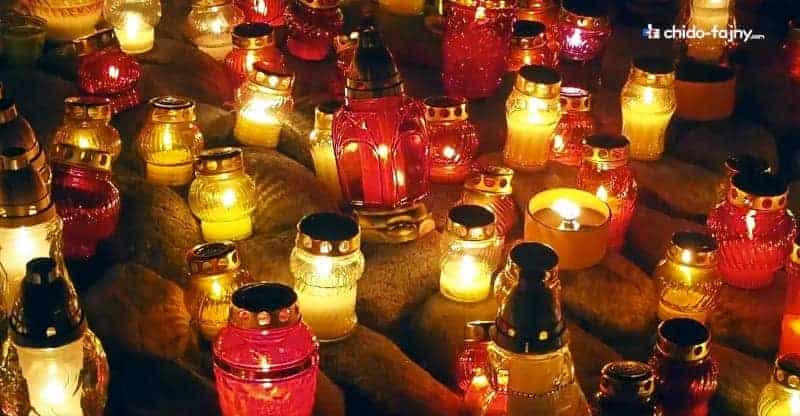 During the night on the 1st of November, the cemeteries can be seen glowing from long distances, especially if you are in the middle of a freeway.

7. The big cities are empty, a lot of traffic jam and overcrowded trains

The 1st of November is a bank holiday in Poland, which means that there will not be commercial activities (except for the sale of candles and flowers).

In Poland, it’s really common that people from smaller towns move to the big cities to study or work, but during All Saints’ Day all those Poles and more will return to their cities to spend time with their families, leaving the big cities quite empty.

During this day you can expect heavy traffic in most of the highways and roads and overcrowded trains! If you are planning to go somewhere during this day, you should really think it through in advance, otherwise, you might be stuck in the traffic jam for hours!

Inside the big cities, like Warsaw or Krakow, public transportation schedules might change due to the number of people that are visiting the cemeteries. Also if you plan to go by car to the most popular cemeteries of Warsaw, it might be almost impossible to find a parking spot. 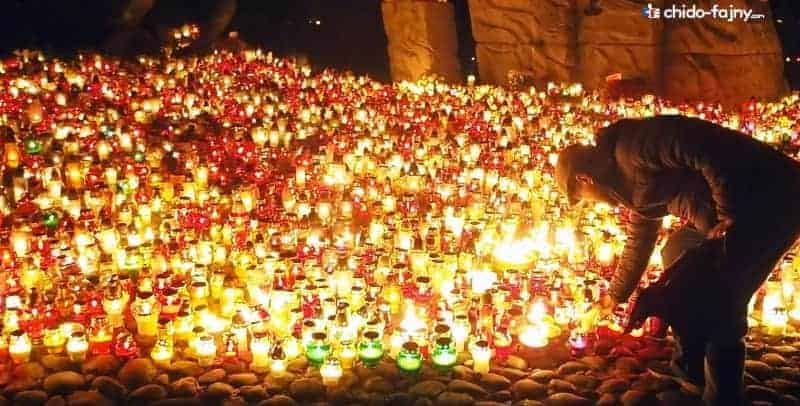 You Should Visit One Cemetery

In case you are in Poland you should really consider visiting at least one cemetery especially at night. The way how the cemeteries are shining by those candles, plus the atmosphere of the Polish autumn make this day an unforgettable one.

How did you like this Polish tradition? Have you visited a cemetery in Poland? 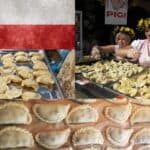 Polish Pierogi – How They Became The Most Popular Food of Poland 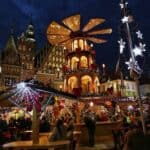 The Best Christmas Markets in Poland