The month of February is one of my favorite seasons to spend in Poland! You might be thinking: “it’s super cold at that time of the year and you are like a tropical guy”… well, you are not wrong, the weather during this season is the only thing I don’t like about this country, but the reason I love February that much is because of the Polish tradition called: ‘Fat Thursday‘.

What is Fat Thursday?

Fat Thursday (Tłusty Czwartek in Polish)  is a religious tradition and Poles basically spend it eating sweets and cakes, but most of the time they eat a traditional Polish doughnut that is called ‘Pączek‘ (plural: Pączki). A pączek is a largely fried doughnut filled with marmalades and glazed with sugar.

If you like desserts this day is for you! You can read more about this tradition here: Fat Thursday Day in Poland.

But let’s focus exclusively on this Polish dessert, as I mentioned before a ‘pączek‘ (if you need the plural for this word it is ‘pączki‘) is a fluffy dessert filled with marmalade. Plus the sound of this word is just fun to say and super easy to pronounce for many foreigners. For example, when I went to Poznań I found a place that sold these desserts and the name of the store was just perfect for Spanish speaking people:

So we know that the pączek is a largely fried doughnut filled with marmalades and glazed with sugar, so: What’s the big deal about it?

The Short History of the Pączek

The tradition of eating this Polish dessert comes from centuries ago, literally! There are records that say that people were making and eating this dessert since the XVI century!

The name of this dessert was a different one, they were called pampuchy (this name has been preserved to this day in Upper Silesia region in Poland).

In the middle ages, people were making pączki a little bit different: they were from bread dough as well, but they were filled with bacon or pork fat, but they were not soft or anything they were really hard. I’m not sure which version would I prefer? :P

A few French cooks came to Poland during the XVIII century, that was when the pączki dough was improved, they would become lighter, spongier, and more resilient. And this is how we know them today!

How Do You Prepare a Pączek?

To answer this question I had to go with the experts from this industry, that is why I went to Wola district in Warsaw, where you can find the place with the most delicious ‘Pączki‘, we talked with the owner of Pracownia Cukiernicza – Sylwia Tomaszkiewicz – and she explained to us the process of making these sweet Polish desserts.

Sylwia Tomaszkiewicz said that the ingredients used are flour, margarine, eggs, and yeast.  With all of these, you need to make the dough. You form the dough in a snake-shaped form and then cut it into pieces, put some marmalade on each piece and wrap them up. Later you need to fry these pączki with lard in a special container. And the final touch is to dip them in frosting and they are ready to be eaten!

It sounds not that difficult, but probably it would be easier to go to your favorite bakery and buy a few of them. You can watch the whole interview and the process of making pączki in the following video:

You Need to Eat at Least One Pączek!

If you are afraid of losing your bikini body let me tell you this: in Poland, it is believed that if you don’t eat at least one pączek on this day you will have bad luck for the rest of the year. So you better eat at least one, I guarantee you that it is worth it.

The amount of calories that each pączek has is insane, but it’s only one day per year so go nuts and eat as much as you can! This year I’m planning to break my own personal record by eating 10 of them!

Before I finish this post let me give you and advise: if you are in Poland make sure you order ‘pączki‘ and not ‘paczki‘, otherwise, you will receive something completely different: 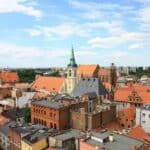 Toruń – The Land of Copernicus and the Delicious Piernik 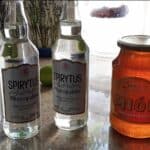 How to Make Cytrynówka | Homemade Recipe