In all the nations in the world, there are special days that gather all the people together to celebrate certain occasions. One of the most common ones is to celebrate the Independence Day. In different parts of the world, for example in the United States, the 4th of July might be the biggest celebration of the year. The same happens in Mexico during the 15th of September when we celebrate our Independence Day.

On November 11th, it’s the time for Polish people to celebrate one more time their freedom. On this day Poland celebrates its Independence Day. In 2018, it will be the 100th anniversary of this remarkable day for all Poles around the world.

The Time That Poland Disappeared From the Map

Sadly, Poland had been affected by several war conflicts along the history. The most recent one – 73 years ago when the Second World War was over.

Prior to 1918, Poland hadn’t existed on the map for 123 years! Poland ceased to exist in 1795 due to the partitions of the territory made by Prussia, Russia and Austria.

During those years of occupation, the idea of having an independent Poland hadn’t disappeared.  There were clandestine Polish organizations who tried to organize uprisings in order to free Poland, but those were unsuccessful. Several educational centers (which were not official) started to appear in the occupied Poland, at these places people were able to learn Polish history and Polish language.

In 1918, many war conflicts originated in Europe such as: the ending of the I World War, the Russian revolution, the collapse of the Austro-Hungarian Empire and the defeat of Germany, allowing general Józef Pilsudski and the Polish army to take control of the major Polish cities and claim Poland’s freedom.

On that day, Poland gained its independence again! A new centralized government was formed in Warsaw, and new parliamentary elections were planned. It was time for Poland to appear and remain on the map one more time!

This might be interesting for you: Top 12 Most Incredible Polish Women Ever

On the 11th of November of 2018, it will be the 100 anniversary of Poland Independence. Millions of Poles will remember those who gave their life for their country with hope of seeing its home free.

It’s important to mention that the Polish Independence Day had been celebrated since 1920, but it was put on hold due to the Nazi occupation and the communism time in Poland (from 1939 to 1989). In 1989 the most important National holiday in Poland returned to the official and national celebrations.

During this day, in all the homes and cities in Poland, the official colours will be white and red. All the houses will have a flag showing their pride and happiness of being part of this nation.

The biggest official event takes place every year in Warsaw, more precisely in Plac Piłsudskiego (Square of the Unknown soldier). This square is located really close to the Old Town and to the main street in Warsaw which is Nowy Świat. On this square there is one of the most beautiful monuments in whole Poland: The tomb on the unknown soldier.

On November 11th at 12pm, the president of Poland will come to this square to give a speech to remember all of the heroes that had been fighting for this nation along the history. Also, during this event there will be a parade where thousands of people will come with flags to see the soldiers and official of Poland. On the morning on this day, at exactly 11:11 am starts one of the biggest sports events of the year in Poland: Warsaw’s Independence Run. On 2018, the event will be extraordinary as it will be a race to celebrate the 100 years of Independence.

In Warsaw and in all major cities, there will be a series of concerts, events, shows, etc. In case you are going there don’t forget to take a white-red outfit!

Lastly, it’s important to mention that the biggest march of the year: Marsz Niepodległości (March of Independence), takes place on this day as well. In recent years, there have been reported a few violent situations, so I recommend you to take care if you are planning to attend it.

Congratulations Poland for your 100 years of Independence! Me, as a Mexican living here, I’m proud to say that I live and that I part of of this beautiful country! Szczęśliwego Dnia Niepodległości! 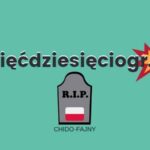 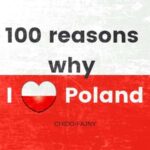