When I was a student in Mexico, I was not rich or anything like that, so I was always looking for cheap places to eat. Of course there were famous restaurant chain like McDonalds, KFC or Burger King. Even though I’m a big fan of those places, those places don’t give you the feeling as if you were eating homemade food. You know, like when you try a soup prepared by your mom, you remember the smell of your house, and you start remembering a few memories when you were a child.

Anyway, in Mexico there are places called ‘Fondas’ which might be defined as super small restaurants that sell food for a really cheap price. In Mexico City, close to the universities or to the office buildings, you were always able to find one, and normally the regular clients were students and office workers.

The price of a complete meal – soup, main dish, tortillas and a drink – was about 40 Mexican pesos (2 euros or 10zl). This was something ideal for me mainly because it was cheap, but also because the people that prepare that food (normally Mexican women) had that ability of making the food feel like at home! Thanks to those places I was able to survive during my studies without spending my savings in fancy places.

If you have been following my blog, you may know that I was living in Paris for a while. When I was studying there I was looking for similar places like those small restaurants in Mexico. Surprisingly, I was able to find a few cheap restaurants with complete meals for 3 euros! Yes! I was able to eat in Paris for only 3 euros! But to be honest, these places were not really nice. First, the location of those places was far away from the center, and you might be eating beside homeless guys. I didn’t have a problem with that, but let’s be honest – it is not for everyone.

When I moved to Poland, I tried to cook everyday to save money, mainly because I didn’t have a job yet, nor money :P From time to time I went to a few restaurants in the center, but as I was new in the city I only went where all the tourists ate, so this of course was expensive.

One day, I was walking close to my university and I noticed that a few of my Polish friends were planning to go to a place called ‘Bar Mleczny’, at first I thought it was the name of the restaurant, so I decided to go with them. When we arrived to that place I noticed that you had to make a line, and tell the lady what you wanted to eat. They had the menu written on the walls, and to my surprise the prices were not expensive at all. Because all the menu was written in Polish, I decided to order a soup from which I remember the name ‘Zurek’, after 3 minutes the lady gave me the soup and I went to my table with my friends. When I tried that soup, I finally had that feeling again that I haven’t experienced since I moved from my home: a home food feeling :)

What is a Bar Mleczny?

The literal translation of Bar Mleczny is a ‘Milk Bar’, and in simple word it’s a Polish form of a cafeteria. The raise of this type of small restaurants was after the end of the I World War. Mainly because, in such difficult times, people were able to find cheap but delicious and nourishing food there.

How Did They Emerge?

However, the first Bar Mleczny in Poland was founded decades before this conflict. In 1896, the first Milk Bar in Poland was created by Stanisław Dłużewski, the name of this restaurant located in Warsaw was ‘Mleczarnia Nadświdrzańska’. The restaurant gained a lot of popularity, mainly because it offered daily menus, but also ‘special’ Polish food (like the ones you only eat during holidays). With the success of this food business model, many restaurants were opened copying the same style, and here the Bar Mleczny revolution started.

After the II World War, Poland and Poles were completely destroyed, the crisis that this country went through might be the worst in the whole history. Poland became a communist state after the II World War, and the majority of people were extremely poor, and the goods were hard to get. In those times it was almost impossible to go to a restaurant, mainly because it was expensive and it was considered by the regime as ‘capitalist places’, most of the restaurants in Poland were taken by the government and of course they were closed time later.

People needed to eat, but there were not many options out there. In the factories or companies, sometimes there were ‘oficial restaurants’ called ‘canteens’, where the workers were able to find food, of course the cost of the meals served in the workplace canteens was included in their salary.

However, many small companies didn’t have those ‘official canteens’. That’s why the authorities created a network of small restaurants. The food served in those places was subsidised by the state, this caused that the food was cheap and easily available to anyone.

When the communist regime was over in Poland, many ‘normal’ restaurants started to appear in the country once again. This caused that those ‘cheap’ places had not many clients, and after a few time, the majority of them went bankrupt.

So… Are they Still Alive? Where Can I Find Them?

Yes! You can still find them in the cities, and surprisingly the rise of this type of restaurants is increasing year by year! The reputation that these places had was not the best, as they were considered ‘cheap’ places with cheap food, the restaurants didn’t have the best look. Maybe they were dirty, small, and maybe not the best place to go to for a date with your girlfriend.

But this is changing, nowadays most of those Bar Mleczny are completely new restaurants, that are very clean, and the regular clients are students or office workers. The essence of these places remains intact, as the menus are written on the walls in Polish language, you need to make a line to order your food, and after a few minutes your homemade delicious food is ready to go!

Which Type of Food Can You Eat in a Bar Mleczny?

As the essence of this restaurants remains intact, the type of food that you will find here is Traditional Polish Food! And in case you are not familiarised with Polish cuisine, don’t worry, I will mention now the most popular Polish dishes you will find in a Bar Mleczny, and believe me, they’re delicious:

When you have eaten your food, remember to pick up your plates and put them in the right place, as there are no waitresses that will pick your dirty dishes :)

Do You Recommend to Eat There?

Absolutely! Bar Mleczny are something really typical from Poland and honestly speaking these will be the places where you will find the most delicious homemade food in the country. You have to go and eat there at least once :) But I’m sure that after you try it for the first time you will come back.

In case you are a traveler with a low budget, the milk bars in Poland will become your best friend, apart from being cheaper than regular restaurant, they are really fast and well located around the centers of the city. 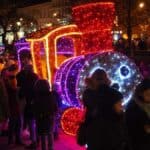 Why You Should Visit Poland During Christmas Season 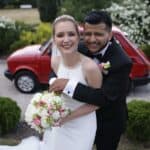 8 Years in Poland | How I Ended Up In This Country