Spring has finally arrived to Warsaw and it was a great opportunity to make something cool around the city.

This weekend I decided to go out to the Old Town in Warsaw to make a new video and challenge some foreigners.

Idea of the Video in the Old Town in Warsaw

As we know, Polish language is one of the most difficult languages to learn in the world! And if you are a tourist and you decide to come to this country, it is really possible that you will face the cruel reality of not being able to pronounce a single word of this language.

Rules of the Contest

To make this video Beata and Karolina helped me to do it. The three of us were thinking on certain words that might be super complicated to pronounce. We came up with 8 words, from the easiest one to the most difficult one.

The rules of this contest were really simple, the tourists needed to try to read those eight Polish words.  They needed to read those words first without any help, if they did it wrong, Beata would pronounce the word in the right way, then the foreigners needed to say it again one more time.

At the end, to compensate all that effort, we gave them traditional Polish candies called Krówki.

We had participants from Portugal, England and Spain!

As we know Polish language might be hard for a lot of people, so check now how they did! It was hilarious! Thank you once again for all the participants! It was a great experience! 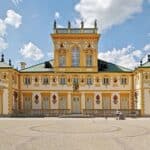 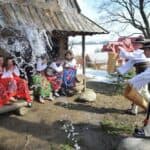