When you are visiting Zakopane, one of the first things you will admire on the landscape are the majestic Tatra Mountains. The silhouette of the Tatra peaks simulates the form of a person that is sleeping, and the legend of this mountain is known as ‘The Legend of the Sleeping Knights of Poland’.

The Polish legend of Zakopane

Long time ago, in a small village in Zakopane there was a blacksmith shop. One day a stranger visited the blacksmith to offer him a special job, the reward for completing this special task would be a bag full of gold coins, but there was only one requirement: he would never talk about it with anyone. The blacksmith was quite sceptical for some moments, but he accepted the job.

When the blacksmith accepted the terms, the stranger took a huge piece of gold and asks him to make a horseshoe with that gold. The blacksmith started working on it and he was able to complete this first task.

The Encounter of the Blacksmith with the Knights

The stranger asked the blacksmith to come with him to a cave that was hidden behind some trees and rocks.  Before they entered into the cave, the blacksmith noticed a reflection that came from inside, when they finally entered he saw an army of knights that were sleeping besides their beautiful armours and helmets.

He was impressed when seeing this, and then he noticed that the knight’s horses were sleeping too covered with delicate gold blankets.

This might be interesting for you: The Legend of the Wawel Dragon

The stranger told the blacksmith to change the horseshoe of one of the horses that was sleeping. The blacksmith took the golden horseshoe he previously made in his shop and started to replace it. He noticed that the horse did not move or give a signal of being uncomfortable. 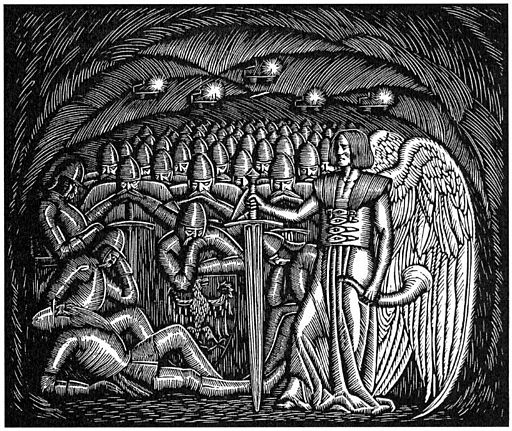 The Knights Willing to Fight for Poland

When he completed the job, the blacksmith started to ask a lot of questions to the stranger: one of those questions was: Who are they? The stranger replied:

Those knights had been in a deep sleep for hundreds of years and they only would wake up if it is time to fight on a great battle. When this day comes, the earth will move, there will be thunders that would shake the sky, many trees will fall and break, and there would be noises when the Border Mountains will break. On that moment the knights will take their horses and they will gallop to fight for Poland once again.

That is why the mountain is known as ‘The Sleeping Knights’. 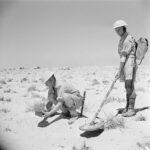 7 inventions from Poland that were revolutionary 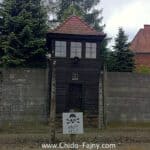 The Day I Went to Auschwitz | a Sad but Enriching Experience